Do you think you can trick the quiz. Really! lets see.

Please give your answers through mail [mail (at) shishirsharma.com].

This round is called as Questions to the Answer. You are given one answer and four option, you have to choose the correct question for which you are given the answer.

Que1: How many man have walked on the moon till date?
Que2: Which number is considered unlucky in popular culture except in Italy?
Que3: How many miles is the marathon race?
Que4: How many countries played the first Olympic in Athens?

Que1: Which company produces fastest production car?
Que2: Which low-priced popular car did Fredrich Porsche design?
Que3: Which is most popular and most successful car producer in world?
Que4: Which is the world cheapest car. 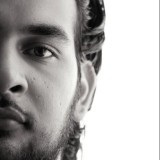 […] This post was mentioned on Twitter by Shishir Sharma. Shishir Sharma said: @VaLiabhiM04 I organized a quiz in my company. Check out few question here http://shishirsharma.com/2010/05/06/quiz/ […]

Dear, you will crack them all.